This year, IVD celebrates volunteer efforts that strengthen local ownership and the resilience of the community in the face of natural disasters, economic stresses and political shocks. The event on 5 December 2018 focused on how volunteers can build resilient communities.

More than 1200 Iranian volunteers and civil society workers from around the country attended the event, which was a combined event of celebration and appreciation of some of the key figures and outstanding volunteers in Iran.

The event was supported by The Taskforce for Promoting Volunteerism in Iran, The United Nations Office for the Coordination of Humanitarian Affairs (UNOCHA) and Iranian Red Crescent Society (IRCS) volunteers organization.

A number of senior government dignitaries such as Vice President for Women and Family Affairs Masoumeh Ebtekar, Dr. Nasiri Head of Volunteer Organisation of IRCS, Mr. Ahmad Bakhtiari Chair of The National Taskforce for Promoting  Volunteerism in Iran and officials from Ministry of Interior, Ministry of Health, Iran Red Crescent Society and other relevant institutions attended the event and gave speeches.

In her remark Ebtekar criticized US sanctions and its impact on humanitarian issues in Iran and called for the unity among NGOs, charities and all volunteers to work together to alleviate the pressures and “support the most needed at this critical time”.

Head of UNOCHA in Iran Amir Hossein Barmaki delivered the UN Secretary-General’s message on Interntional Volunteer Day for Economic and Social Development for the participants. 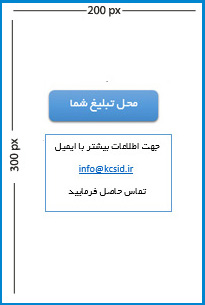